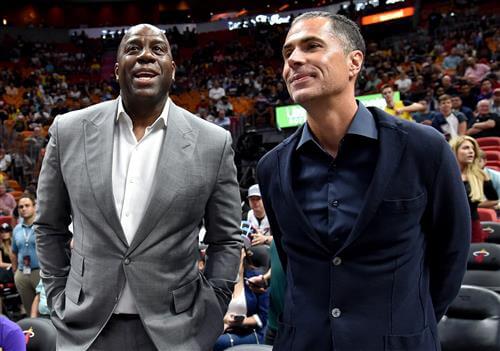 Despite LeBron James‘ reported desire to team up with his good friend Carmelo Anthony, the Lakers have no interest in acquiring the Rockets forward, sources tell Broderick Turner of The Los Angeles Times (Twitter link).

According to Turner, Anthony’s camp called the Lakers “a while back,” but it didn’t go anywhere. James hasn’t talked to president of basketball operations Magic Johnson or GM Rob Pelinka about acquiring Carmelo, Turner adds, which is consistent with what we heard from Joe Vardon of The Athletic on Thursday.