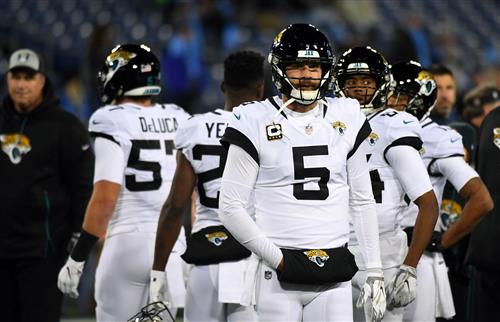 As the Jacksonville Jaguars finish up what has been a disastrous season in Duval, we can expect a ton of changes once the calendar turns to March.

At 4-8 on the season, Jacksonville currently sits in last place in the AFC South. It’s a far cry from the team’s appearance in the AFC Championship Game last season.

Having been benched in favor of Cody Kessler, it now looks like former top-five pick Blake Bortles will not be back with the Jags next season. NFL Media’s Ian Rapoport reported as much Thursday evening.

“The biggest move involves Blake Bortles. Just a few months after torching New England, he’ll be gone,” Rapoport reported. “His replacement could come via the draft or free agency.”

Bortles, 26, signed a three-year, $54 million extension back in February. Though, Jacksonville can get out from said contract with a minimal (by comparison) dead cap hit after this season.