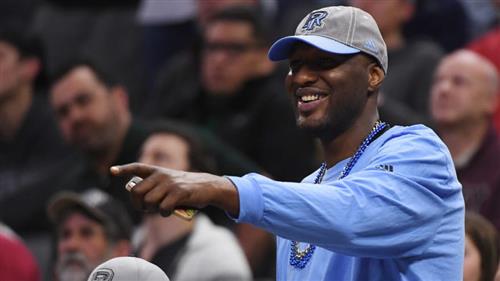 Lamar Odom has been working on a book that is expected to be published early in 2019, and it reportedly has many members of the Kardashian family feeling extremely on edge.

According to a recent article in Life & Style Magazine, the Kardashian/Jenner family is worried about what information Odom might reveal in his tell-all memoir, “Darkness to Light.” In addition to opening up about his struggles with drug addiction, Odom is expected to share details about his marriage with Khloe Kardashian and what led to the former couple getting divorced. As one source put it to Life & Style, Odom knows many of the Kardashian family’s secrets.

“Lamar doesn’t just know Khloé’s darkest secrets. He could write hundreds of pages on the dirt he has on Kris, Kim, Kourtney, and Rob, too,” the article reads, via In Touch. He honestly thinks they’re all disgusting, and the entire family has gone into panic mode over what Lamar might reveal.”